Superstar
Goff before and after the BYE
POST #1      TOPIC AUTHOR
Dont shoot the messenger.... 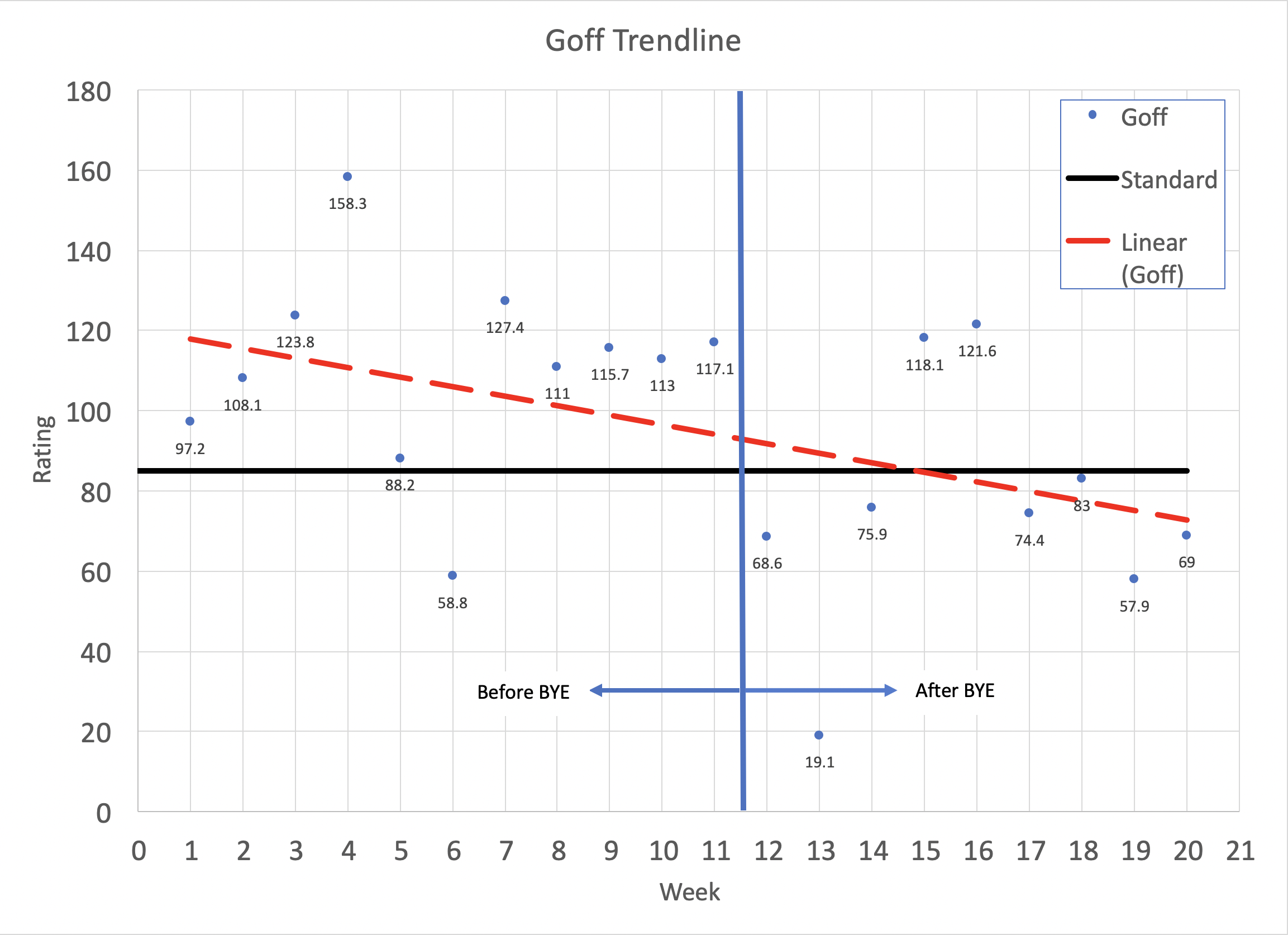 Pro Bowl
Goff before and after the BYE
POST #2
There is no question that this is correct. I assumed that things would turn around with Kupp back. Goff has some accuracy issues to resolve.

NFL.com has him dropping to #17 among QBs:

Bhanpuri: Don't let the Rams' 30 points on Sunday fool you: Goff did not play well. The former first overall pick was inconsistent the entire afternoon, repeatedly missing both reads and throws and struggling altogether with balls downfield. Goff posted the worst passer rating (18.8) on passes of 10-plus air yards among qualifying QBs in Game 1, an issue that has plagued the young QB since last postseason and which my colleague David Carr dug into earlier this week. With an NFC championship rematch on tap in Week 2, Goff will need to be at his best ( or get a little lucky) for the Rams to have a chance at a repeat.

Superstar
Goff before and after the BYE
POST #4      TOPIC AUTHOR

Haden wrote:There is no question that this is correct. I assumed that things would turn around with Kupp back. Goff has some accuracy issues to resolve.

I was shocked watching him in pregame warmups in Carolina. He looked awful. Missing guys all over the place. Maybe he needs a therapist. Man, I hope it's just rust.
~ max ~
“The consciousness of good intentions disdains ambiguity.”
- Alexander Hamilton, The Federalist Papers

Hall of Fame
Goff before and after the BYE
POST #5
Neil039, Ramsdude, PARAM liked this post
Lol.
Nothing like combining 2018 reg season games, playoff games and 1st game of new season to make up a "sample"
Reality is the Chicago game was a disaster for both QB's and likely any who would have played in that. Throw that mess in to any other QB 4 games and it would make for an ugly sample.
Fact is, Goff was fine at the end of the 2018 reg season after the bye, 63% comp 94 QB rating outside of that disaster. Playoffs? Don't know how anyone who watched the Saints game didn't come away impressed with the kid, being down 13-0 after 1, no Gurley. He won the game.
He sucked in the SB, just like Brady did, but didn't get bailed out like TB did.
24 years old, just a kid, not expecting inconsistency is kinda crazy
3

Pro Bowl
Re: Goff before and after the BYE
POST #6
dieterbrock liked this post
I’ll take Goff over every other QB today, tomorrow and the foreseeable future. The only other QB that seems to have his grace and poise is Mahomes IMO. Other QBs have stronger arms, run faster, and size on him. He just seems to be a perfect fit for this team, this coach and city (all just my opinion). 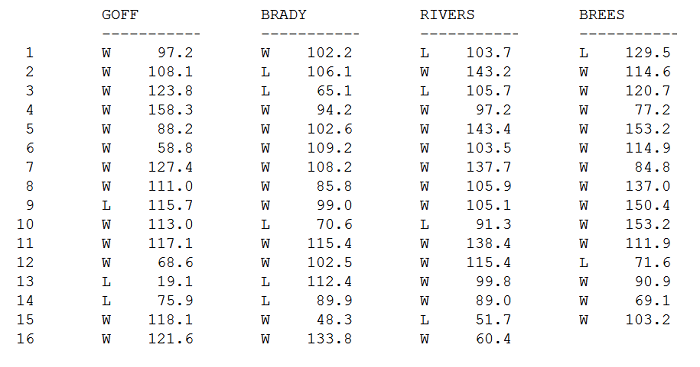 Hall of Fame
Goff before and after the BYE
POST #9

snackdaddy wrote:I'm as much a Goff mom as anyone here. But I will admit he was far some sharp game one. Not as accurate as we would expect from him. I do think whatever it is he will work it work out. In the meantime, he's still good enough to find ways to win.

I don't think anyone would disagree with that, he wasn't on top of his game. In addition to being inaccurate with his throws, he also missed some reads which had a couple open guys that he didn't see.
The issue for me is trying to lump game #1 of 2019 (with no pre-season snaps) in with the playoffs and a 5 game sample from 2018 to try and form "a trend"

Superstar
Goff before and after the BYE
POST #10      TOPIC AUTHOR

Well, that makes me feel a lot better. He’s was as good as all those guys after the BYE. Is that your point? Well, done.