The Chicago Bears are looking for a piece that could put them over the top after a disappointing end to their 2018 season, and according to ESPN’s Adam Schefter, Kareem Hunt could be that guy.

The now infamous former Chiefs running back was released mid-season by Kansas City following the release of security camera video showing him assaulting a woman in a hotel from an incident that dated back to earlier in the year.

Hunt does have a good relationship with Bears head coach Matt Nagy, who calls the RB a “very good kid.”

Nagy did not shy away from the topic of not ruling out signing Hunt during a press conference Monday, noting he talked to him just last week.

”The only thing I cared about when I talked to him was literally his personal life, how he’s doing,” Nagy said, via Kevin Fishbain of The Athletic. “There were no issues at all,” Nagy said, via Dan Wiederer of the Chicago Tribune. “He was a really, really good kid. He came to work every day. He wasn’t late to meetings, any of that. … It’s a learning lesson. That’s the biggest thing, making sure he understood that when I talked to him.”

The Bears will of course need to healthy weigh the public relation ramifications to signing a player like Hunt, who if he is signed, is still on the Commissioner’s Exempt List and will likely served a suspension upon re-entering the league.

Moderator
Bears Consider Kareem Hunt
POST #2
Elmgrovegnome liked this post
No issues except he kicked a girl on the ground and doesnt want to talk about it anymore.
THE GREATEST SHOW ON TURF, WAS
1

Hall of Fame
Bears Consider Kareem Hunt
POST #3
Yeah this is what scares me regarding CJ Anderson.
There are teams with RB needs much more than the Rams.
Hunt is available and so will guys like Ingram and Bernard from Cincy.
But so will CJ Anderson....

dieterbrock wrote:Yeah this is what scares me regarding CJ Anderson.
There are teams with RB needs much more than the Rams.
Hunt is available and so will guys like Ingram and Bernard from Cincy.
But so will CJ Anderson....

Yeah I meant to include that he is the crown jewel, teams flush with cap space can fight over him.
But for the teams that don’t get him? CJ going to be at the top of the list. 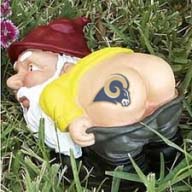 Veteran
Re: Bears Consider Kareem Hunt
POST #6
There are good backs in the draft every year. A good OLine is most important, even for Gurley, if you recall.

Malcolm Brown is a free agent too. I think he has more in him than we've seen.

dieterbrock wrote:Yeah I meant to include that he is the crown jewel, teams flush with cap space can fight over him.
But for the teams that don’t get him? CJ going to be at the top of the list.

I had hopes CJ would resign with the Rams but it's always about the money. He's not going to get Gurley money but he's going to get more than the Rams can afford to pay him. Just once I'd like to see a guy say, "they're giving me a fair salary considering I have a chance to win the SB every year".

He gained 1007 yards in 2017 for Denver, was released and got just 2 mil from Carolina (with incentives for another mil he obviously didn't receive). He ran 24 times for 104 yards. The Raiders signed him but didn't use him. The Rams signed him, used him and got him even more money for advancing in the postseason.

It's not like he's a perennial pro bowl running back. He was undrafted and gained 3051 yards over 5 seasons plus the 104 with Carolina and 299 with the Rams in season #6. He went to the Pro Bowl after the 2014 season because LeVeon Bell opted out.

How much can he possibly command?
1

PARAM wrote:How much can he possibly command?

He can command quite a bit.
His recent waiver history is vastly misrepresented IMO.
He was in the middle of a 4 year, 18 mill deal that he certainly proved worth of, with a pro-bowl nod, and coming off a 1k season.
Denver botched their cap by vastly over paying Keenum and ended up cutting CJ after FA was just about over. If he's a free agent in March of last year vs April, its a whole other ball game.
So he a takes a 1 year "prove it" deal with Carolina, seemed like a decent spot as McCaffrey was kind of a gadget player as a rookie. Well, the move was a disaster as Carolina gave the highest % of plays to CM compared to any other.
So Denver gave him a raw deal and he picked a bad spot.
Now he'll be 28 and gets his last contract, worth a 3 year deal with cash upfront
When he was released, 2/3 of the league was already out of the playoffs, who knows that the Raiders were thinking or not thinking. Glad they let him go, frankly I was shocked he was available.
I think he easily gets 5 mill per, maybe even more if he continues his success in the next 2 games

Superstar
Re: Bears Consider Kareem Hunt
POST #9
My hope is that CJ, after what experienced this year, might be more inclined to stick where he knows he has a defined role.

AvengerRam wrote:My hope is that CJ, after what experienced this year, might be more inclined to stick where he knows he has a defined role.

Think of how long his and Gurley's careers could be extended splitting time!!! It ain't gonna happen though. The Rams aren't paying TG to split time. About the only split they're paying for is a 80/20 or better.
Reply
30 posts Feb 25 2020
TAKING L.A. RAMS FANDOM TO A NEW LEVEL