RAMS FANS UNITED
WE NOT ME
95 posts
Reply  QVIEW

If they are in all white, we damn well better be in some color.

And I am in New York to go this game. Yay.
Follow our RFU Instagram: @ramsfansunited
RFU Season Ticket Holder
2

Administrator
Re: Week 6 Rams at Giants
POST #5      TOPIC AUTHOR
RedAlice, actionjack liked this post
I don't see how this could be happening, thought this uniform stuff was planned out in advance?
RFU Season Ticket Holder
2

Elvis wrote:I don't see how this could be happening, thought this uniform stuff was planned out in advance?

The biggest concern on an endless list of injuries is for quarterback Daniel Jones, who was entered into the NFL concussion protocol. But the Giants are facing at least one game without both running back Saquon Barkley and Kenny Golladay, barring miraculously fast recoveries.

There is a five-step recovery process — symptom-limited activity, aerobic exercise, football-specific exercise, team-based non-contact drills and full clearance — to complete before Jones can return, though it is possible that neurocognitive and balance testing could be done in time for an independent doctor to sign off on Jones playing Sunday against the Rams. Concussions vary too much for an expected timetable.

“We won’t know anything officially on where he is at until later in the week,” coach Joe Judge said. “We’ll wait patiently and get the other guys ready. Hopefully, he has an opportunity to play.”

The Giants can exhale now that Barkley and Golladay avoided the worst-case scenarios when they were injured in the first half against the Cowboys. Barkley sprained his ankle in the first quarter and X-rays confirmed no broken bone, as The Post previously reported.

“There was a little bit of a sigh of relief, just knowing the player and what he’s bound to come through,” Judge said. “In terms of the timetable, it will take the next day or so of him moving around and listening to the trainers and seeing what it looks like for this weekend.”

Golladay said he hyperextended his knee, but an MRI performed Monday ruled out the initial fear of major injury. He is expected to miss 1-2 weeks, per NFL Network.

Wednesday’s return to the field will offer Judge a clearer picture on his injured players. Will Barkley be in practice?

“I wouldn’t expect him to be full-speed Wednesday, but we’ll see how it loosens up,” Judge said. “I’m not saying he is going to be out there [in limited fashion] or not. I would not expect it to be anything different.”

Here are some other injury updates:

Left tackle Andrew Thomas was active but did not play and the long-term cautious approach appears to have worked.

“We’re optimistic to get him out there with us and get him rolling,” Judge said. “He’s been improving as time went on.”

Wide receiver Kadarius Toney underwent a postgame X-ray on his ankle after he was ejected for throwing a punch in the fourth quarter.

“I don’t think it’s anything significant in terms of season-ending, but we’ll see how it affects him immediately in the future,” Judge said. “This is a guy that throughout the [game] was going up and down with that ankle and fighting through a lot of things to the point of jumping up to get back in the game. Tough kid"

CB Rodarius Williams suffered a season-ending torn ACL in his right knee. Bad timing for the rookie, whose role increased over the last three weeks as the Giants moved Adoree’ Jackson into the slot to give Williams the snaps that used to go to Darnay Holmes.

So Golladay and Barkley are probably out. What are the odds Jones plays? I saw that play and the immediate aftermath and that kid was out on his feet. I don't see a quick recovery but who knows? Or is this b.s. so the Rams have to plan for all 3 playing?
4 straight winning seasons. It ain't a SB win but it's better than that 7-9 bullshit. It also hasn't been seen in over 3 decades. Thanks McVay

From the FWIW:
Mostly sunny with a high near 69 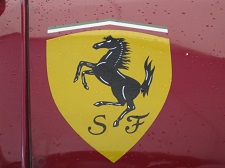 Many of us know the feeling of the universe conspiring to bring car and driver together.

Pro Bowl
Re: Week 6: RAMS @ GIANTS GAME THREAD;
POST #10
Back when the Patriots were winning just about every Super Bowl, they would have one stink-bomb game a year where they just got obliterated. The RAMS have had their one bad game. I expect them to be sharp for a stretch.
Honey, I told you to keep the steroids away from
the Porsche 911. Look what happened, her eyes
are bugging out and her rear haunches are enormous. 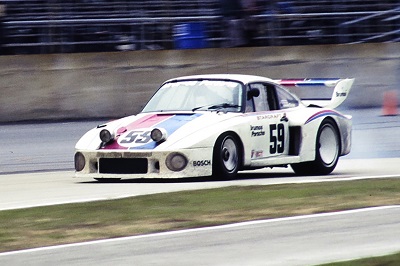