Pro Bowl
The OL Needs its Own Posting
POST #1      TOPIC AUTHOR
Elvis, ramsman34, CRamsFly and2 others liked this post
After five games, against good teams that have a pretty good front seven,

They have been playing outstanding football.

According to Football Outsiders, the OL is ranked 7th for both run and pass protection.

Ranked 19th on the run block, in which I think thats a little miscued because we've been passing the rock more than using the run.

But the pass protection is outstanding and we are number one.

We are the top OL with the least amount of pass pressure percentage and only giving up 3 sacks after five games against good front seven defensive teams.

Four of those five teams were playoff teams last season with AZ an up rising team for this season was our only lost, and during that game, our OL still played outstanding.

On my posting over at the Baldy's Vids, you can see and watch what the OL how good they are doing.

Hall of Fame
Re: The OL Needs its Own Posting
POST #2
actionjack liked this post
Fully agree. Man I hope it stays this way. Should get even better.
RFU Season Ticket Holder
1

Moderator
Re: The OL Needs its Own Posting
POST #3
Knock on wood
GO RAMS !!! Way to GO DODGERS !!! Way to GO LAKERS !!!
THE GREATEST SHOW ON TURF,, WAS 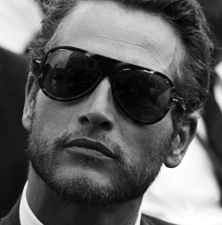 I was nervous about the change in coaching for the OL, not because of Carberry's CV but felt Kromer was a bit of scapegoat, the improvement with much the same group proves me wrong.

I also appreciate that the Rams have been able to identify and develop talent. Allen's performances last time out made me nervous, but he has looked stout in my eyes.

Couple with trades for 'bust' Corbett and low rounder Edwards and I really appreciate how they piece together the puzzle. Aeneas has pointed out a few times how the Pats have consistently put winning OLs together without the need for high round capital...I would love it if they continued this policy.

There are a number of finishing contracts coming up and surely a pending retirement for big Whit. They'll need to get their thinking hats on again.
1

Veteran
Re: The OL Needs its Own Posting
POST #5
Joe Pendleton liked this post
The new OL coaching change seems to have helped the OL while the new DC change has hurt the defense.
1

Hall of Fame
Re: The OL Needs its Own Posting
POST #6
PARAM liked this post
Not near as bad as the "Draft linemen early and often" crowd claimed they would be.
1

Pro Bowl
The OL Needs its Own Posting
POST #7      TOPIC AUTHOR
Continuity has a lot to do with how this unit is playing,

After being together and going into their third year as a unit,

Plus building up the physical strength in the middle

Has more to due with how they are playing IMO

Administrator
Re: The OL Needs its Own Posting
POST #8
PARAM liked this post
I wouldn't rule out Stafford and Allen doing a better job of communicating and calling the right protection...
RFU Season Ticket Holder
1

Hall of Fame
The OL Needs its Own Posting
POST #9