Get your survivor picks in.
CLOSE
6 posts
Reply  QVIEW

Administrator
SoFi Stadium wasn’t built in a day, or 7,000; the inside story of what turned the tide
POST #1      TOPIC AUTHOR
https://www.latimes.com/sports/story/20 ... an-kroenke

SoFi Stadium wasn’t built in a day, or 7,000; the inside story of what turned the tide The NFL’s meandering odyssey back to the Los Angeles market inspired enough renderings, blueprints and financial statements to paper a path from Irwindale to Inglewood.

The weightiest document of all was just two pages, a 2012 letter to all 32 teams that read as a keep-out sign to some and a how-to guide to others.

“That memo was written after 15 years of struggles, and maybe some successes, but a hell of a lot more failures,” said NFL commissioner Roger Goodell, who authored it. “We had a pretty good sense of what we wanted at that time.”

After years of fielding fantastical proposals from billionaires, politicians and other power brokers, Goodell delivered in broad strokes a simple set of absolutes — “a single site where an iconic facility could credibly host two teams and provide ancillary entertainment and development opportunities.”

Percolating speculation at the time had the Oakland Raiders again uprooting, moving back to L.A. and squatting in the Rose Bowl or Coliseum while they worked on a long-term stadium solution. For the team with the pirate logo, the memo was a cannonball across their bow.

As outlined in his missive, Goodell had a different vision, one that Rams owner Stan Kroenke took to heart.

“For teams that were interested, these were things that were going to be front of mind,” Kroenke said. “In that memo, Roger kind of ticked them all off.”

Goodell and Kroenke will be on hand Sunday night when the Rams open the 2021 season against the Chicago Bears, lifting the curtain on SoFi Stadium, where fans have experienced only preseason games. The venue, shared by the Rams and Chargers, was closed to spectators last season because of COVID-19 restrictions.

This is the unveiling of the biggest, most modern and most expensive stadium in NFL history, and home to Super Bowl LVI in February. The 298-acre Inglewood site, formerly the home of Hollywood Park racetrack, is roughly one-third larger than the USC campus and has a first-phase price tag of $5 billion, which includes the ultramodern NFL Media complex and a futuristic stadium with a swooping silver roof, sides open to the coastal breezes and a playing surface sunk 100 feet below street level.

“There were two things that lined up that really should not have existed,” Kroenke said. “One was there wasn’t an NFL team in the biggest media and entertainment city in America. The other thing was there shouldn’t have been 300 acres available in one place. So I told our people that our challenge was to not undershoot the opportunity. I feel really good about what we put together there.”

Long before he was commissioner, Goodell was focused on L.A. He was assigned to oversee it in the 1990s and early 2000s, under then-commissioner Paul Tagliabue, and helped shepherd all sorts of proposals, from the L.A. Raiders’ bid at Hollywood Park, to Michael Ovitz’s dream of “The Hacienda” in Carson, to the plans of Dodgers owner Peter O’Malley to build a football stadium at Chavez Ravine, to the Coliseum and Rose Bowl jumping into the race.

The future commissioner spilled blood for the cause. That happened in the late 1990s at a league meeting in Atlanta, when a massive model of a renovated Coliseum tumbled off a table and lanced the back of Goodell’s ankle. He limped around the hotel for a while in his blood-soaked wingtip before heading to a local emergency room.

“The scar is fading but not the experience,” recalled Goodell, who wound up throwing out the shoes.

After he replaced Tagliabue in 2006, Goodell was in the middle of a billionaire battle involving developer Ed Roski, who was proposing a stadium in City of Industry, and AEG’s Philip Anschutz, who was behind Tim Leiweke’s idea of Farmers Field next to L.A. Live. Unlike stadium projects in other NFL cities, there was no appetite to commit any public money to sports venues. Any proposal would have to be privately financed.

The final decisive showdown came not from developers but NFL team owners, with the Raiders and Chargers teaming in Carson, and the Rams in Inglewood. As part of Kroenke winning that competition, he was required to bring on a second team, which he did in 2017 when Dean Spanos moved the Chargers north from San Diego.

Developers broke ground at Hollywood Park in late 2016, and the stadium was supposed to open in 2019. Midway through the next year, the Rams and Chargers announced that because of heavy rains the project would be delayed a year, with the opening in 2020.

“Through all the challenges, Stan stuck with it the whole way,” the commissioner said. “Never wavered. Never compromised the stadium. … If you’re looking at that kind of debt, and then to know the stadium’s delayed a year, then you have COVID, you’re going to open and not generate any of the local revenue, you have real mountains to climb. More than any other project.”

Now that they have the palatial dream home, the challenge for both the Rams and Chargers is building the kind of fan base that exists in other cities, where the NFL is king. The Rams have done far better in that regard — they have a richer history in L.A., a star coach in Sean McVay and reached the Super Bowl in the 2018 season — but the city still belongs to the Lakers and Dodgers.

The Raiders, meanwhile, have a new home in Las Vegas, Allegiant Stadium, a shiny black spaceship of a venue that likewise opens to fans this season. Goodell will head there Monday for the night game against Baltimore, but not before touring the jaw-dropping, futuristic NFL Media building next to SoFi Stadium — another feature of that two-page document brought to life.

“Stan mentions that memo almost every time he talks to me,” he said.

So much so that Goodell might just track it down.

“I’ve got it somewhere,” he said. “I should find it.”
RFU Season Ticket Holder 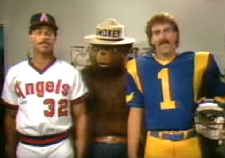 Veteran
SoFi Stadium wasn’t built in a day, or 7,000; the inside story of what turned the tide
POST #2
I have to say after Sunday's game, and confirming it on TV, Rams fans are showing up. I was loud on defense when needed and quiet on offence. The Bears are a big franchise so was expected a lot more of them. A few I still expect to have big turn outs but I think Stan is pretty happy at this point. If only the tenants would move off the couch now...
RFU Season Ticket Holder 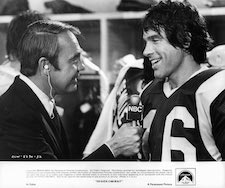 Practice Squad
Re: SoFi Stadium wasn’t built in a day, or 7,000; the inside story of what turned the tide
POST #3
great article
"Haven't you learned the rules of probability and outcome Joe? Aren't you aware that every question of life and death remains a probability until the outcome?"
- Mr. Jordan (Heaven can wait)

Hall of Fame
SoFi Stadium wasn’t built in a day, or 7,000; the inside story of what turned the tide
POST #4

Mr. Sparkle wrote:I have to say after Sunday's game, and confirming it on TV, Rams fans are showing up. I was loud on defense when needed and quiet on offence. The Bears are a big franchise so was expected a lot more of them. A few I still expect to have big turn outs but I think Stan is pretty happy at this point. If only the tenants would move off the couch now...

What's gonna suck is all the Bandwagon Bucs fans who couldn't even find Tampa on a map but will wear their Brady jersey or Super Bowl champ shirts to SoFi.

Moderator
SoFi Stadium wasn’t built in a day, or 7,000; the inside story of what turned the tide
POST #5
RedAlice liked this post

St. Loser Fan wrote:What's gonna suck is all the Bandwagon Bucs fans who couldn't even find Tampa on a map but will wear their Brady jersey or Super Bowl champ shirts to SoFi.

As long as we end their win streak. Unless they lose next Sunday of course.
Currently, the Rams are the last team to beat the BradyBucs.
GO RAMS !!! Way to GO DODGERS !!! Way to GO LAKERS !!!
THE GREATEST SHOW ON TURF,, WAS
1

Superstar
SoFi Stadium wasn’t built in a day, or 7,000; the inside story of what turned the tide
POST #6
RedAlice liked this post

Hacksaw wrote:As long as we end their win streak. Unless they lose next Sunday of course.
Currently, the Rams are the last team to beat the BradyBucs.

I hope the Bucs win this week. I like the idea that we were the last to beat them, and now we can do it again.

But we need to take care of business in Indy Sunday. The Colts are desperate not to go 0-2, so it won't be easy at all.
~ max ~
“The consciousness of good intentions disdains ambiguity.”
- Alexander Hamilton, The Federalist Papers
1
Reply
6 posts Sep 20 2021
TAKING L.A. RAMS FANDOM TO A NEW LEVEL