RAMS FANS UNITED
WE NOT ME
27 posts
Reply  QVIEW

Moderator
Re: Niners/Dolphins Draft Trade
POST #2
Wow. That's a lot to pay for the third best QB prospect in the draft.

Dolphins now have two 1st round picks for each of the next three years. 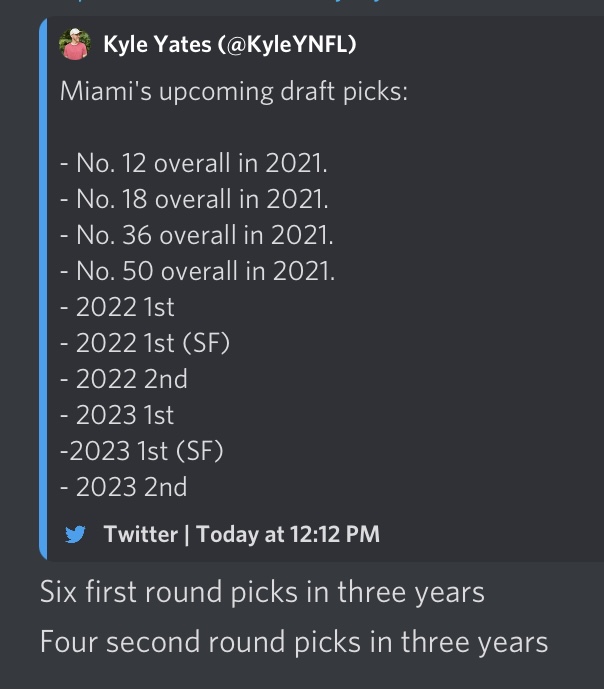 Pro Bowl
Niners/Dolphins Draft Trade
POST #8
The Dolphins made some movement with the Eagles.

For what it's worth, former NFL front office exec Michael Lombardi and NBC Sports' Jennifer Lee Chan are also reporting the 49ers have told teams Garoppolo isn't available via trade. It's possible the organization jumped up to the No. 3 overall pick to draft the 29-year-old's successor for a redshirt year before throwing him under center, but that's still an odd approach since Garoppolo is due $26.4 million in 2021. Whatever the case, it's clear the 49ers have a precise two-year blueprint for that position that has yet to be shared.