RAMS FANS UNITED
WE NOT ME
76 posts
Reply  QVIEW

Moderator
Did we break the Seahawks?
POST #1      TOPIC AUTHOR
PARAM, CanuckRightWinger liked this post
We've all heard of a Super Bowl hangover for the runner-up, but any playoff loss can have a lasting impact if it reveals weaknesses that might impact the team's confidence going forward.

I wonder if that is what we did to the Seahawks.

They entered the playoffs with a lot of confidence, having won four straight and six of their last seven games. They had the home field, and were facing a Rams team they had recently beaten, playing with a backup QB (or, as fate dictated, an injured starter).

But it didn't go as planned. The Rams dominated the game, and ended the Seahawks' season.

That's bad enough, but it was the way we beat them that seems to have had lasting effects. Their offense was completely ineffective, as we harassed Russell Wilson (5 sacks, 10 QB hits) into one of the worst performances of his career.

Their defense may also have lost some confidence. The Rams were able to control the game, rushing for 164 yards and controlling the clock for over 33 minutes. Jared Goff, was able to be efficient and productive, despite being less than two weeks removed from thumb surgery. This outcome from a defense that was bolstered by a safety, Jamal Adams, who cost the Seahawks two first and a third round pick in the 2021-22 drafts.

Add to that the fact that the Seahawks have 8 starters set to be UFAs (Chris Carson, Mike Iupati, Ethan Pocic, Cedric Ogbuehi, Poona Ford, Bruce Irvin, Shaquill Griffin, Quinton Dunbar), and this could be a a tough offseason for the Seahawks.

What a difference a month makes. The Hawks are reeling, and we're starting to look like the team to beat in the West!
2

Hall of Fame
Did we break the Seahawks?
POST #2
LOL. It sure has been a one sided rivalry. On the other hand, could the SF 49ers say the same thing about the Rams? "Wow, the Rams were 24-8 in McVay's first two years, then a Superbowl loss, we sweep them two straight years and they're taking NFL record cap hits to change the roster!!!!" Of course our situation is exponentially better than Seattle's but there's still that SF fog hanging over us. To your point, yes we broke the Seahawks.
4 straight winning seasons. It ain't a SB win but it's better than that 7-9 bullshit. It also hasn't been seen in over 3 decades. Thanks McVay

Superstar
Re: Did we break the Seahawks?
POST #3
I’m worried that the Niners get Watson.
~ max ~
“The consciousness of good intentions disdains ambiguity.”
- Alexander Hamilton, The Federalist Papers 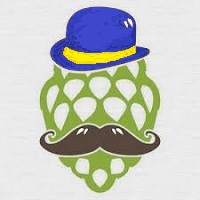 Moderator
Did we break the Seahawks?
POST #5      TOPIC AUTHOR

Moderator
Re: Did we break the Seahawks?
POST #6
actionjack, RedAlice liked this post
Saleh seemed to own McV the past 2 years. That ship has sailed. Goff sailing too will likely change the complexion of the games moving forward.
GO RAMS !!! Way to GO DODGERS !!! Way to GO LAKERS !!!
THE GREATEST SHOW ON TURF,, WAS
2

Hall of Fame
Did we break the Seahawks?
POST #7
4 straight winning seasons. It ain't a SB win but it's better than that 7-9 bullshit. It also hasn't been seen in over 3 decades. Thanks McVay

Pro Bowl
Did we break the Seahawks?
POST #8
Fuk the Niners and Jimmy G

Rookie
Re: Did we break the Seahawks?
POST #9
You seem to post the exact same threads on different forums.

Never seen that before.

I doubt we broke the Seahawks. Change is what happens in sports.

We are all smaller than we think.