4. LOS ANGELES RAMS
Donald has been in his same dominant form in 2020 by generating 33 pressures in his five games (eight more than any player at the position) and winning on 26% of his pass-rush reps (4 percentage points higher than second). Simply put, Donald is still a game-wrecker, and when you pair that with a strong secondary like they have, it makes life difficult for the opposition's passing attack. The Rams have allowed -0.15 EPA per pass play, which is significantly higher than second at -0.09 and the league average at 0.12. The play of outside corners Jalen Ramsey and Darious Williams has played a big role in that, as they are one of two tandems that rank in the top-15 at the alignment in coverage grade. 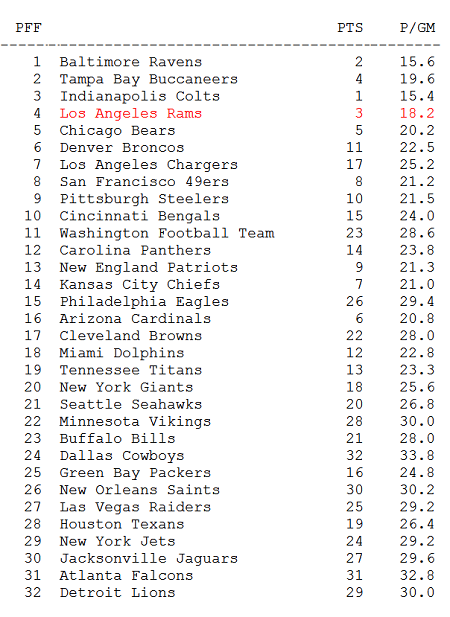 pff hasn't released their full offensive rankings as of yet, but they did post this to twitter:

and here are the rams (qualifying) player rankings headed into week 6:

henderson at number 1 among all rbs, how do you like them apples! 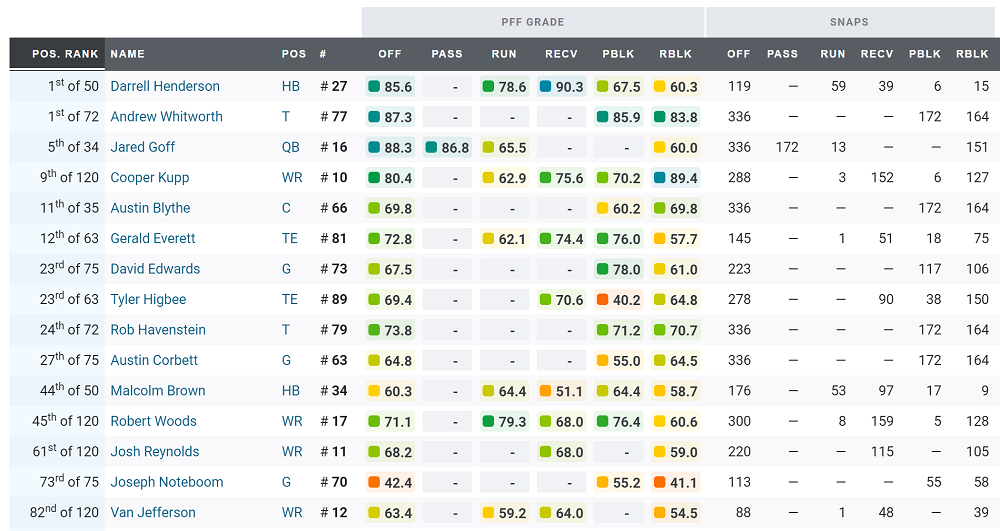 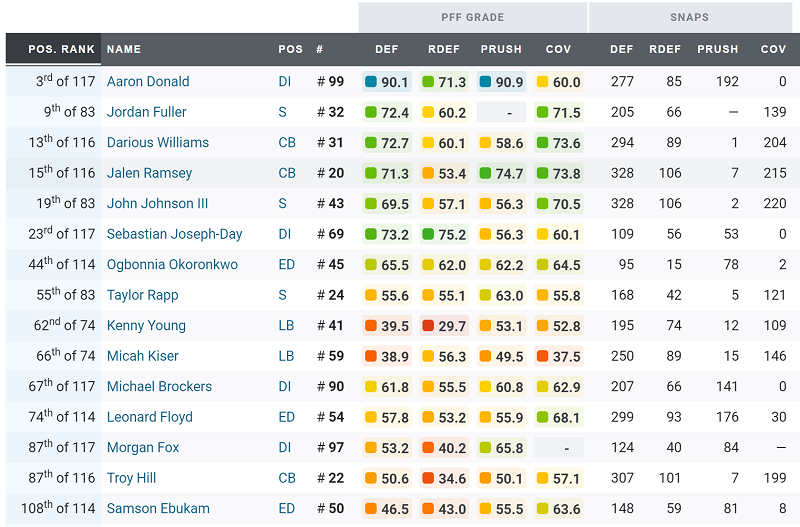 pff has graded henderson as an "elite" pass catching rb, his grade of 90.3 is this category is behind only kamara and davis... for running only henderson ranks 5th, run blocking 6th, pass blocking 13th, overall 1st.

donald ranks 3rd overall among interior defenders - 2nd in pass rush but 24th in run defense, how that math works out, or how that rush defense ranking makes sense, is beyond me... in fact pff has joseph-day ranked higher in run defense (15th) than donald.
1

Pro Bowl
PFF - OFFENSIVE AND DEFENSIVE RANKINGS
POST #2
aeneas1 liked this post
Thanks, as always A1, for this plethora of information!

Darrell Henderson is clearly not running under the radar any longer, eh!

Like what exactly does "PFF" stand for huh?
Particularly
FuckedUp
Focus???!!!

And my eyes tell me that Leonardo di Floyd has been a sterling RunStopper for us this year, great at setting the edge, relentless in pursuit.....a big step up from Clay Fabio Mathews and the rest of Wade's pretenders at 2019 run-stuffing