RAMS FANS UNITED
WE NOT ME
9 posts
Reply  QVIEW

Pro Bowl
TROY REEDER AS OUR NEW CHASE REYNOLDS
POST #1      TOPIC AUTHOR
I remember Chase Reynolds, the 2011 Seattle Seahawks UDFA, with limited talents, that ended up as Jeff Fisher's unofficial Special Teams Captain. Was 5th in NFL in 2014 with his Rams-leading 16 ST tackles!

Chase Reynolds was a prolific RB at Montana and was an All-Big Sky First Team Selection.

Troy Reeder was a prolific LB at Delaware....a stud D guy for the Blue Hens

With Micah Kiser healthy, and ILB repeatedly being talked about as an area the 2020 Rams braintrust MUST have to significantly solidify for this season, the writing seems to be on the wall for Reeder as most probably losing his starter ILB role......and maybe even his roster spot.

He's a solid tackler with decent, but not great, speed.....and he seems, like ol' Chase Reynolds to have a big heart, toughness, and a non-stop motor. Reeder also seems the type of leader alpha-male guy who will call out any of the loafers and contact-avoiders he might encounter as his Rams ST team mates!

Reeder came from the Delaware Blue Hens.....so whilst not stocking grocery shelves at Hy-Vee's, Troy Reeder's Wattsamatta U story nevertheless does have a Cinderella element to it, no?

I vote that we make Troy Reeder our new STs Captain for 2020, and let him aid and assist the new Italian Rams ST Coach.....from Detroit.....that Amigo guy......whatisname....

Pro Bowl
Re: TROY REEDER AS OUR NEW CHASE REYNOLDS
POST #2
Man I remember I was always so pissed off at Fisher for wasting a roster spot for Reynolds, who brought nothing to the table other than special teams.

I like the idea of Reeder being this type of player because he does other things as well.

Hall of Fame
TROY REEDER AS OUR NEW CHASE REYNOLDS
POST #3
R4L, 99Balloons liked this post
I'm fine with Reeder on special teams as long as he doesn't see the field on first, second or third down. We need Micah Kizer and either Young or Natrez Patrick to have solid seasons. If Troy Reeder is playing defense, we're in trouble.
2

PARAM wrote:I'm fine with Reeder on special teams as long as he doesn't see the field on first, second or third down. We need Micah Kizer and either Young or Natrez Patrick to have solid seasons. If Troy Reeder is playing defense, we're in trouble.

Pro Bowl
TROY REEDER AS OUR NEW CHASE REYNOLDS
POST #5      TOPIC AUTHOR
Per the PFF stats aeneas1 posted in the Excited About Rams D thread, Troy Reeder played in 171 Running Downs in 2019 and 131 Passing Downs, for a total of 302 Ram Defensive Snaps for Troy Reeder in 2019.

But for Troy Reeder.....those 302 Defensive Snaps he played in 2019 were just dogshit and he's a pre-ordained bum already for any consideration for the Rams 2020 ILB spots??

Somewhat of a double-standard, no?

Veteran
TROY REEDER AS OUR NEW CHASE REYNOLDS
POST #6
While we're talking about player ratings---did anyone else notice that Joseph Day had the same as Brockers?.............and that rookie Gaines got a higher rating than most thought? 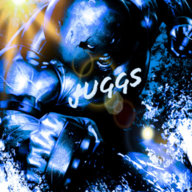 Undrafted Free Agent
TROY REEDER AS OUR NEW CHASE REYNOLDS
POST #7
AltiTude Ram, 99Balloons liked this post
All of y'all are off base....two words...Clay Johnston. This guy. If the knee is good, will be our guy. I feel it. Brett Favre wouldn't lead me down the wrong road! Ever!

PARAM wrote:I'm fine with Reeder on special teams as long as he doesn't see the field on first, second or third down. We need Micah Kizer and either Young or Natrez Patrick to have solid seasons. If Troy Reeder is playing defense, we're in trouble.

I like the young kid from Baylor. Clay Johnston. If not for an injury his senior season, he would have been drafted higher. Favre endorsed him and said he was running ahead of scheduled rehab.

All that being said, I think the draft says the Rams are pretty comfortable with the LB talent on the roster. That includes Reeder. A year after the UDFA started several games in the NFL. I'm not saying he's keeping his starting position...just saying the Rams seem confident in him contributing...based off of the draft.
https://www.instagram.com/p/BhXQSurAWuo/
2

Pro Bowl
TROY REEDER AS OUR NEW CHASE REYNOLDS
POST #9      TOPIC AUTHOR
I like Clay Johnston as a ILB too.

His youtube highlights were impressive....great quickness to the ball and alert football instincts IMO. CJ's play style reminds me of a past favorite of mine...Pisa Tinoisamoa!!!

On the bright side, Austin Davis is presently the youngest QB Coach in the NFL (working for the Seattle Seahawks).

Back to ILB Clay Johnston:
Maybe the Rams braintrust can hide Clay Johnston on the PUP List to start the season due to his ongoing knee rehab. IMO, if we try to just stash him on the PS, some other smart team might grab CJ and we'll lose him forever like we did the promising Dakota LastChanceGuy Allen last year.

Finally.....why is it so dead here at RFU these days vis a vis # of posts (and even views seem down)?

I thought with the ongoing CO-VID cabin fever factor.....that guys would be melting their keyboards with copious postings.