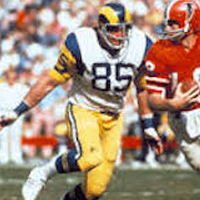 Los Angeles Rams safety Eric Weddle is poised to play in Week 2 despite taking a knee to the helmet in the season opener.

Rams coach Sean McVay said Wednesday that he anticipates Weddle playing against the New Orleans Saints after he went through the concussion protocol without issue.

Sean McVay says he anticipates safety Eric Weddle playing against Saints Weddle was placed into concussion protocol after he took Christian McCaffrey's knee to his head. "He’s feeling good. I think he was asymptomatic, so he’s on track," McVay says.
1

Superstar
Re: Weddle expected to play
POST #3
Best news and great news for the defense!