It's a PDF, haven't found it in a better format for posting here but Rams:

Moderator
Re: 2021 Point Spreads For Every Game
POST #2
a fg spread between us and the neiners is calling it even..
GO RAMS !!! Way to GO DODGERS !!! Way to GO LAKERS !!!
THE GREATEST SHOW ON TURF,, WAS

Pro Bowl
2021 Point Spreads For Every Game
POST #3
This has us as a one point favorite at Green Bay? That doesn’t sound right.
RFU Season Ticket Holder

I would have to agree...

Gareth wrote:This has us as a one point favorite at Green Bay? That doesn’t sound right.

Assuming that's because of Rodgers being a question mark...
RFU Season Ticket Holder

Hall of Fame
2021 Point Spreads For Every Game
POST #6

I would have to agree...

In a 17 game season I think we have a decent shot at 12 or 13 wins. Probably not top seed but an early home game.

RFU Survivor Champ
2021 Point Spreads For Every Game
POST #7
Elvis, CanuckRightWinger liked this post
so if every spread hit, including "picks" which we'll count as ties, year-end win / loss records would look like this:

- the niners with more wins than the rams despite the rams having (what many seem to believe is) an elite duo in stafford + mcvay while the niners have nothing but question marks at qb... super bowl odds and early power rankings also reflect both teams being very, very close, seems weird.

- jaguars with just 2 wins despite the second coming of dan marino.

- holmes, goff and brockers winless in detroit, along with the texans. 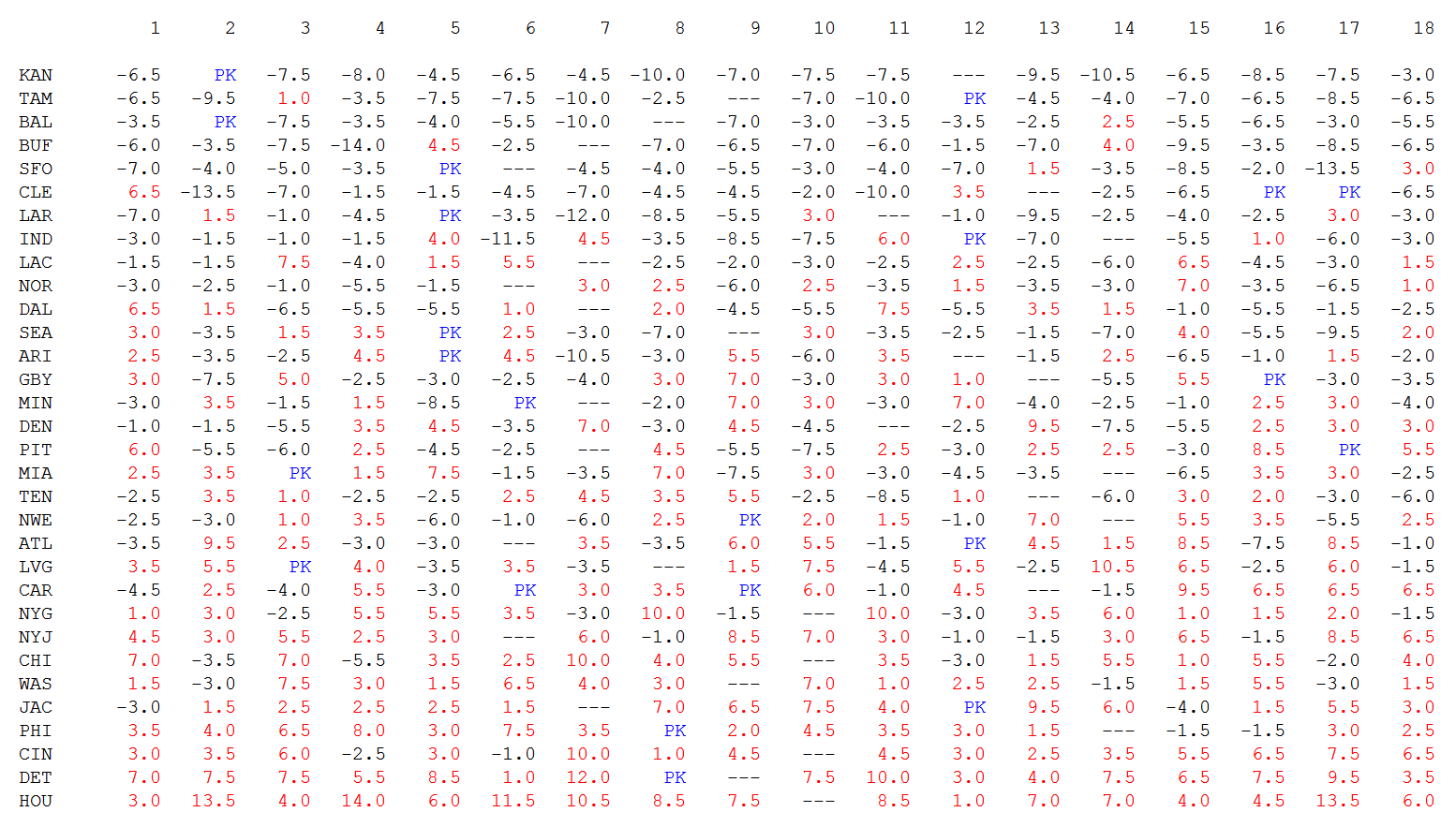 aeneas1 wrote:so if every spread hit, including "picks" which we'll count as ties, year-end win / loss records would look like this:

What would be the odds of every spread hitting? Could you bet on that?

Administrator
2021 Point Spreads For Every Game
POST #9      TOPIC AUTHOR
Another thing to look at: 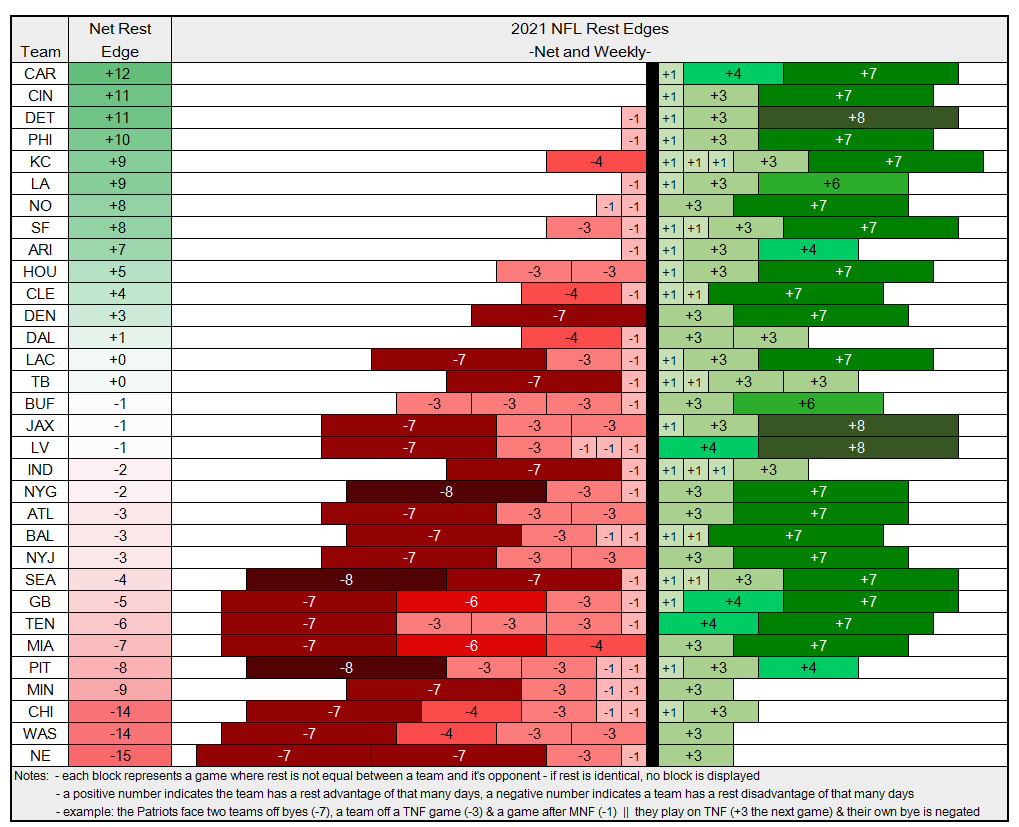 RFU Survivor Champ
2021 Point Spreads For Every Game
POST #10
so if i'm reading this right, the lions will have a rest advantage of 1, 3 and 8 days against 3 of their 17 opponents, while being at a 1 day rest disadvantage in another game? and they're tied at second in biggest rest advantage? but vegas and most pundits still think they will be one of the worst, losingest teams in 2021?

anyway, looks like facing teams coming off a bye week drives this "net rest edge" chart -the team ranked last in rest edge, washington, will face 2 teams coming off a bye week while the team ranked first in rest edge, carolina, won't face any... last year teams were 18-14 after a bye week, and in 2019 they were 11-21, since 2010 teams own a .520 winning record after a bye week.
Reply
17 posts Jun 15 2021
TAKING L.A. RAMS FANDOM TO A NEW LEVEL