RAMS FANS UNITED
WE NOT ME
211 posts
Reply  QVIEW

Veteran
Re: WHIT: RAMS STRUGGLES BOILED DOWN TO LOSING SAFFOLD & SULLIVAN
POST #201
Haden liked this post
I think for Saffold it came down to a salary cap decision in that his contract called for about $12M per year and that you can only pay a certain number of players on your team $10M plus. Looking back with pure 20/20 hindsight, it would have been much wiser to re-sign Saffold instead of Gurley.
1

majik wrote:I think for Saffold it came down to a salary cap decision in that his contract called for about $12M per year and that you can only pay a certain number of players on your team $10M plus. Looking back with pure 20/20 hindsight, it would have been much wiser to re-sign Saffold instead of Gurley.

No kidding. The Rams definitely have been working around a couple bad / unfortunate financial personnel decisions.
GO RAMS !!! Way to GO DODGERS !!! Way to GO LAKERS !!!
THE GREATEST SHOW ON TURF,, WAS
1 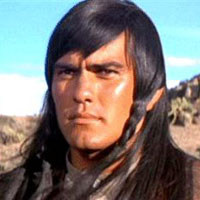 Undrafted Free Agent
WHIT: RAMS STRUGGLES BOILED DOWN TO LOSING SAFFOLD & SULLIVAN
POST #203
I've watched a lot of these cooking shows in the past… And there’s an old saying around the kitchen that goes:

“Garbage in, Garbage out.”

aeneas1 wrote:rams could have really used saffold and sullivan in the 2018 super bowl, oh wait.

IIRC, Whitworth didn't come out and say, we didn't make the postseason in 2019 because Noteboom and Allen sucked. He said, it was unrealistic to expect Noteboom and Allen to be Saffold and Sullivan. Did he mean McVay expected them to be that? I doubt it. Did he mean the fans expected them to be that? Probably. Did he mean Saffold wouldn't have been injured? Sullivan would have played 16 games? They'd have won a Superbowl the second time around with those 2?

Still, had Greg Z made the FG with time expiring vs Seattle OR the defense stopped SF once on 3rd and 16, they would have made the postseason. Which was the fact most fans used to deem 2019 a complete failure. "No postseason.....I'm mad as hell and I'm not going to take it anymore!!!". The OL starters were Whitworth (16 starts), Blythe (15), Edwards (10), Havenstein, Allen (9), Corbett, Evans (7), Noteboom (6) and Demby (1). We had 8 guys start 6 games or more (none of them named Safford or Sullivan) and we were 1 missed FG OR 1 third down stop away from the postseason. I'd submit for discussion, we might have missed Havenstein more than Saffold and Sullivan.

Our old friend DieterBrock commented he wished Sullivan could be eliminated from this particular conversation.......and with good reason. John Sullivan has played exactly 0 games in the NFL after the Rams let him go. You'd think a "valuable loss" like that would have caught on with another NFL team, no?
4 straight winning seasons. It ain't a SB win but it's better than that 7-9 bullshit. It also hasn't been seen in over 3 decades. Thanks McVay

But the 2nd half of 2018 was not stellar either. Sullivan was actually a mess at that point, Blythe was (as said) not a guard and got exposed, and with those 2 on the ropes, Hav's game got compromised some too.

/zn/ wrote:Another part of the problem was playing up to 6 players who had no previous starting experience (though of the 6 actually Corbett had a little.)

What a difference a year makes:

Yeah. And to amplify this, in 2019 the newbies who got starts are Noteboom, Allen, Demby, Corbett, Edwards, and Evans. (Brewer saw a bit of action too but that wasn't a start, it was an in-game injury replacement). Of those 6 their total combined game experience prior to 2019 adds up to 1 game by Corbett in 2018.

RFU Survivor Champ
WHIT: RAMS STRUGGLES BOILED DOWN TO LOSING SAFFOLD & SULLIVAN
POST #209
JackPMiller liked this post
saints have seen a lot of oline turnover over the last 3 years too - ramczyk, peat and armstead were the only 2020 oline starters who played for the saints in 2018, and ramczyk is the only one of the 3 who has managed to play a full 16-game season since 2018.... yet the saints finished 2nd, 3rd and 4th in offensive scoring for 2018, 2019 and 2020 respectively.

The 2 situations are not comparable.

The Saints had pretty solid continuity on the OL from 2018-2020 and got continuous high caliber play from their OTs, who are as good a pair of bookends as there is in the game. Armstead missed 3 games from 2019-2020, and although they switched from Unger to McCoy at center--which is just not a big deal in itself--they got 16 continuous starts from one and 32 from the other. So there were no major injury issues. Armstead did miss 6 games in 2018, but that was with other positions being pretty much intact. In fact they had 4 OL pro bowlers in 2018, 4 in 2019, and 2 in 2020.

They were never in a situation like the 2019 Rams were. That year in their final 7 games they started 3 injury replacements plus there was a position switch (center), which in total affected 4 spots on the OL. The 3 injury replacements included 2 rookies and a guy they traded for during the season who had only 1 previous start.

In terms of the Rams scoring in 2020, that was multiple issues--it did not get down to the OL. The 2020 OL was pretty solid. The OL wasn't consistent enough--they did get dominated in 4-5 games--but that in itself does not account for the offensive scoring issues. But then I don't think anyone is saying those issues were on the OL.

In terms of 2021, if Whitworth holds up they ought to be no worse than they were in 2020. Or maybe Noteboom has improved? Either way it ought to be more than solid enough to support a winning offense, and maybe better than expected. The questions don't really arise until 2022, when 2 different key spots (center and LOT) will be at stake.