Moderator
20 Random Thoughts: Season Finale
POST #1      TOPIC AUTHOR
RedAlice liked this post
Thanks to all who have tuned and commented on my weekly data dumps. I'll chime in from time to time with a list during the offseason, but this will be my last list for the 2020 campaign.

2. It was surprising to see the defense fail us in the end, but I think it was pretty much a perfect storm: Donald not 100%, No. 1 Packers offense played well, perhaps a bit of road fatigue.

3. I think its important not to overreact to this game, though. The defense brought us to second round of the playoffs. It needs to be maintained, not revamped.

4. Of course, that's not as easy as it may seem. Brandon Staley's departure creates a void. For the sake of continuity, I'd probably look to a guy like Aubrey Pleasant. If we look elsewhere, I think Matt Patricia (who was a bad HC, but an excellent DC) is an option.

5. From a personnel standpoint, there are four key FAs. Darious Williams, who is restricted, is a no-brainer and should be retained. Troy Hill, though he had a good season, is expendable/replaceable. That leaves the two big ones: Leonard Floyd and John Johnson. I've flipped back and forth as to which one I'd prioritize. Right now, I'd give a slight edge to Floyd, though Johnson would probably be cheaper.

6. Shame to see Aaron Donald so limited. He'll be back, though... with a vengeance.

7. Jared Goff's playoff numbers: 46 attempts, 30 completions, 329 yards, 2 TDs, 0 Ints, 100.7 passer rating. Say what you want about his up and down, extremely inconsistent season... but those are good numbers.

8. I think the whole Sean McVay creating doubt in the QB situation ("right." vs. "right now") thing is overblown.

9. That said, I'll state for the record that a trade, though HIGHLY UNLIKELY, is not impossible. If Deshaun Watson, for whatever reason, were to decide (and, with a "not trade" clause, he has the power) that he wants to play for the Rams, I suppose its within the realm of possibility. If the Rams have to bid for him against other teams, though, they will likely not come out the winner. And, yes... I'd consider Watson an upgrade, in case that's not obvious.

10. Another possibility is that the Rams could use one of their 3rd round picks (they will likely have 4) to draft a QB who, unlike the over-hyped John Wolford, could actually compete with Goff should he falter again.

11. The most likely scenario, however, is that Goff will be affirmed as the Rams' starter, and the Rams will get him help. With a more stout OL (particularly on the inside) and further development of Cam Akers as the lead back, he can be successful. I know that isn't going to satisfy some, but that's our reality.

13. I really hope that we can get another year out of Andrew Whitworth. With him and Havenstein back, the Rams can focus on the interior of the OL, starting at center. Austin Blythe, who is a UFA, is a guy I want to replace. If Josh Myers (Ohio State) Creed Humphrey (Oklahoma) or Landon Dickerson (Alabama) is available (a trade up could be necessary), I'd love to see a plug-and-play rookie take over that spot.

14. Josh Reynolds is a luxury we won't be able to afford. Van Jefferson looks like he can fill that role.

15. In the end, the analysis of why the season ended when it did goes like this: we were not the best team in the NFL. Can we ascend to that level? I think we can, but it will take some strong personnel decisions and a bit of luck (isn't that true for most, if not all, teams aspiring to reach the top?).

16. If you told me in September that COVID would not cancel or even postpone any of the Rams games, that they'd go 10-6, make the playoffs, and win a playoff game, I would have said "THAT'S NOT GOOD ENOUGH, I WANT TO WIN IT ALL!!!!!"

17. That said, all things considered, I'd say this was a good season.

20. Here's to us, the long-suffering, often teased by success, uniform/logo debating, multi-city, passionate, loyal and proud fans of the Los Angeles Rams!
1

I also feel Hill is expendable, but really dont understand why D Will played less down the stretch.

I would make a big effort to sign JJ, I think it wouldnt break the bank. I would love love to get Floyd, but will be too costly I would think. Hometown deal? If we dont sign Floyd we must draft DL, we need an edge rusher. So far only Obo has flashed, can Lewis play a full season??
Fuk the Niners and Jimmy G

Pro Bowl
Re: 20 Random Thoughts: Season Finale
POST #3
Hacksaw liked this post
I think Floyd is totally overrated. He was considered a bust in Chicago. He caught fire in LA next to AD. Same thing happened with Fowler. Now, Fowler is back to being shit again. Unless he gives a hometown discount, let him walk and get another JAG, who will suddenly appear to be great too. We need to put our $$$ in the O-line.
1

Hall of Fame
20 Random Thoughts: Season Finale
POST #4
Every fan is disappointed when you lose a playoff game. But lets base this in reality. Were we really a championship caliber team? I don't see it. Should we be that upset losing to the Packers? If so, that would mean we were at least as good as them. Again, I don't see it. We got beat by a better team. Why should the sky be falling over that?

Haden wrote:I think Floyd is totally overrated. He was considered a bust in Chicago. He caught fire in LA next to AD. Same thing happened with Fowler. Now, Fowler is back to being shit again. Unless he gives a hometown discount, let him walk and get another JAG, who will suddenly appear to be great too. We need to put our $$$ in the O-line.

I don't even know what our cap situation is like. I'm pretty sure it ain't good. But we really need a veteran center who can help Goff. Sullivan was really good in that area. But he got knocked around too much. We need someone who can hold his own. Whatever little cap space we have I consider that the be the number one issue to address.

We should have several day 2 picks. But expecting a rookie center to come in and make an impact is asking too much. As far as finding someone to stretch the field, there have been a lot of first and second year players who have filled that role. They can look to the draft for that.

snackdaddy wrote:Every fan is disappointed when you lose a playoff game. But lets base this in reality. Were we really a championship caliber team? I don't see it. Should we be that upset losing to the Packers? If so, that would mean we were at least as good as them. Again, I don't see it. We got beat by a better team. Why should the sky be falling over that?

Veteran
20 Random Thoughts: Season Finale
POST #7
#19 won't happen this year, unfortunately. We're not out of the woods just yet. We'll have limited capacity and I hope to exercise my SSLs to see at least a couple of games.
Section 309, Row 3 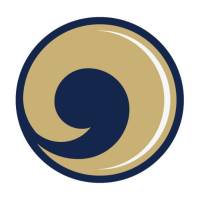