Hall of Fame
RECEIVING THRU WEEK 6
POST #1      TOPIC AUTHOR
backs - hard to believe that henderson has only seen 37% of the rb targets while brown has seen 60%, especially when looking at henderson's receiving stats: 71% of his catches have gone for a 1st down, his yac average is a crazy 10.6, and by extension his yards per catch average is 13.1... add to this, goff owns a 120.3 qb rating when throwing to henderson... btw, henderson's depth of catch average of 2.6, which is high for a rb, points to him being targeted on deeper routes, beyond the line of scrimmage, compared to brown... and what's going on with akers' single target thru 4 games?

receivers - wr are seeing the identical % of targets this season as last season, 64.5%... goff's qb rating when throwing to woods (114.8) is the highest among all wide receivers, while his rating when throwing to jefferson (39.8) is the lowest... last week was brutal for the wr group, goff completed just 40% of his passes to his wr for a 60.9 qb rating, this despite throwing 2 tds to the wr... kupp and woods combined for 3 drops (kupp 2, woods 1) - kupp only has 3 drops on the year, 2 came against sf. 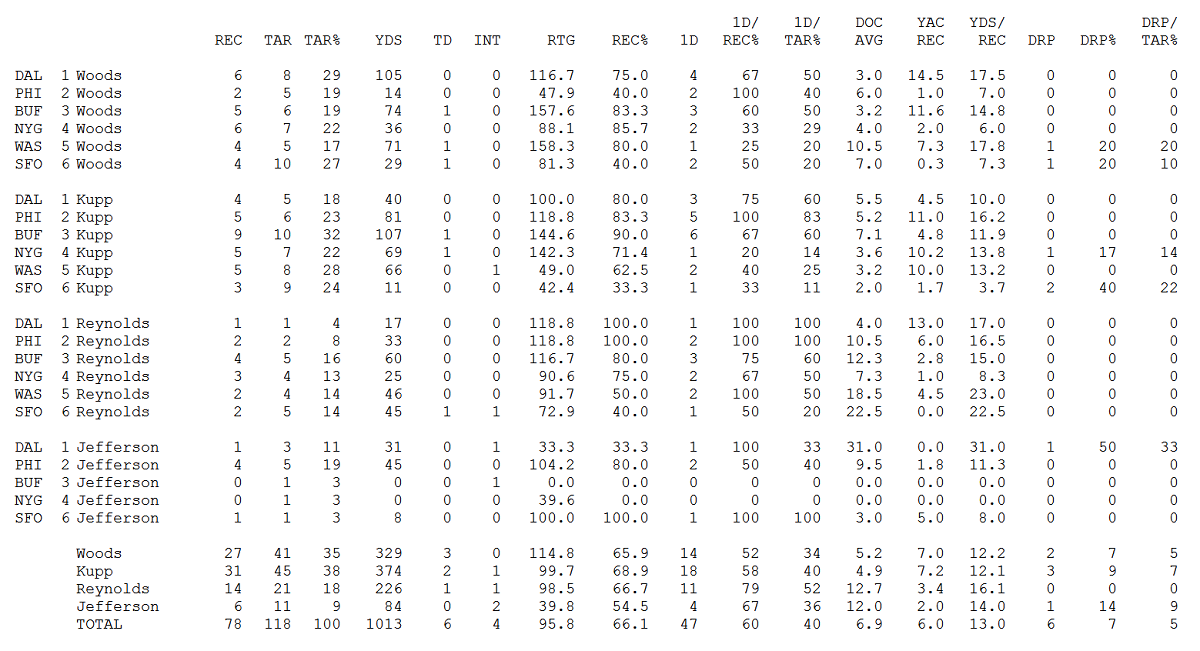 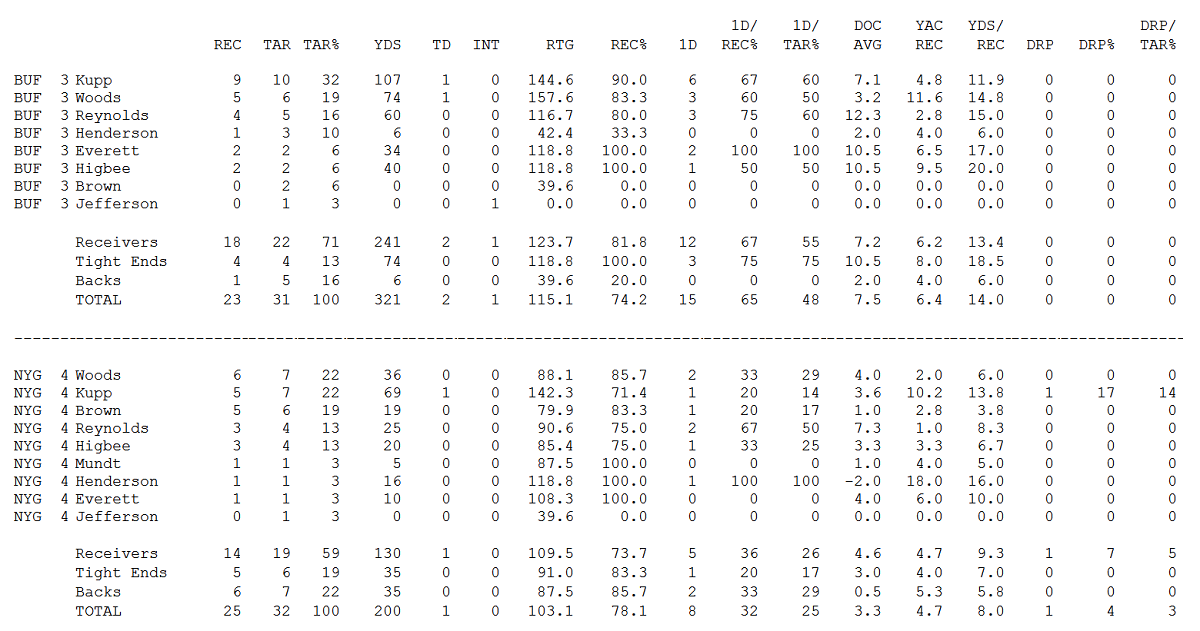 Superstar
Re: RECEIVING THRU WEEK 6
POST #2
Do you think the reduction in Targets to Hendo and the TEs is on Goff or MCV? And in order for Akers to get targets, he needs to get more total snaps. It almost feels like MCV is trying to figure out what his offensive identity is going to be?? Coach, it’s week 7 man, figure it out. Unless he really designs each game plan so specific to match ups and those match ups are dictating the targets?
RFU Season Ticket Holder

Hacksaw wrote:I'm thinking it's the latter ..

As in, all match up driven? Or are you talking about Goff vs MCV on who gets targeted?
RFU Season Ticket Holder
Reply
4 posts Nov 24 2020
TAKING L.A. RAMS FANDOM TO A NEW LEVEL