Those are siiiick. I smell a black, sol, blue and bone combo alt uni in the future.
RFU Season Ticket Holder 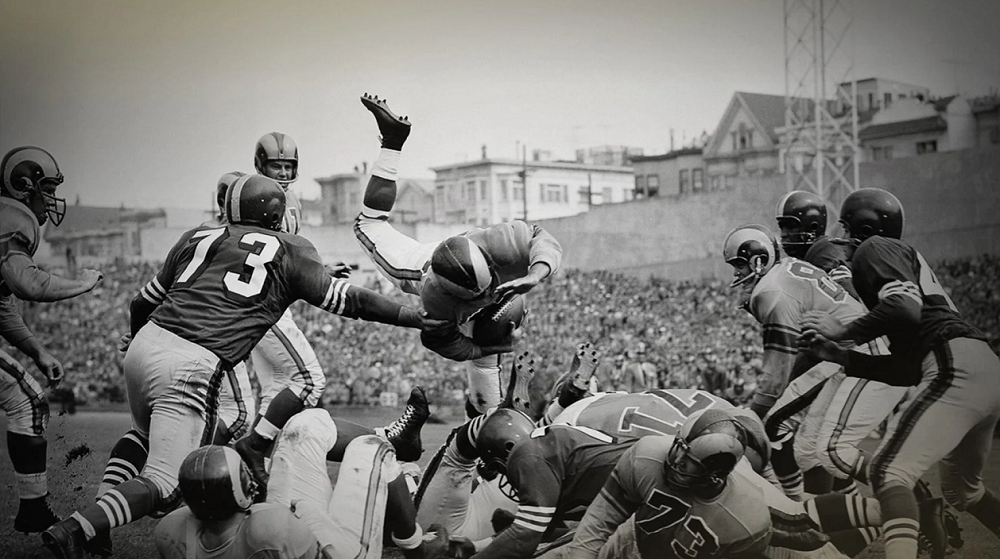 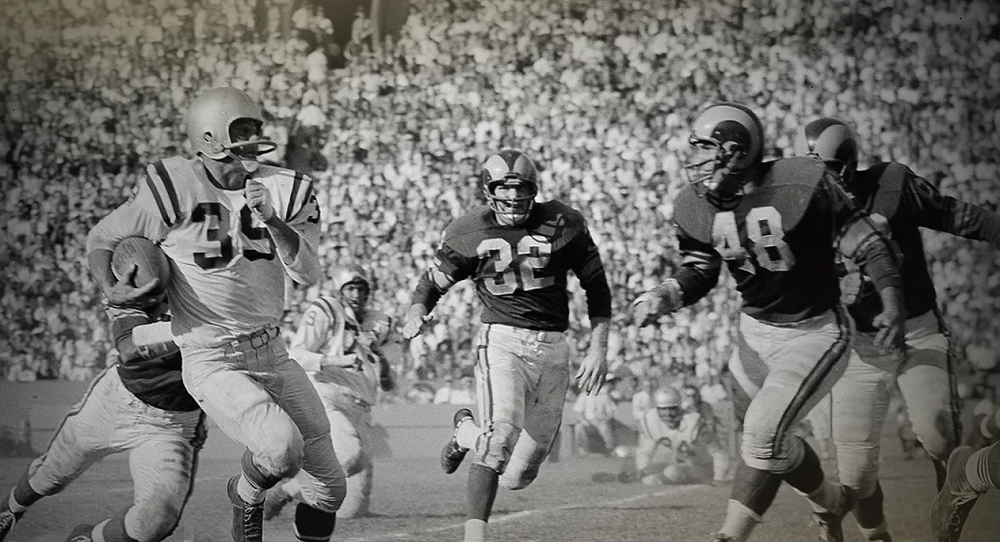 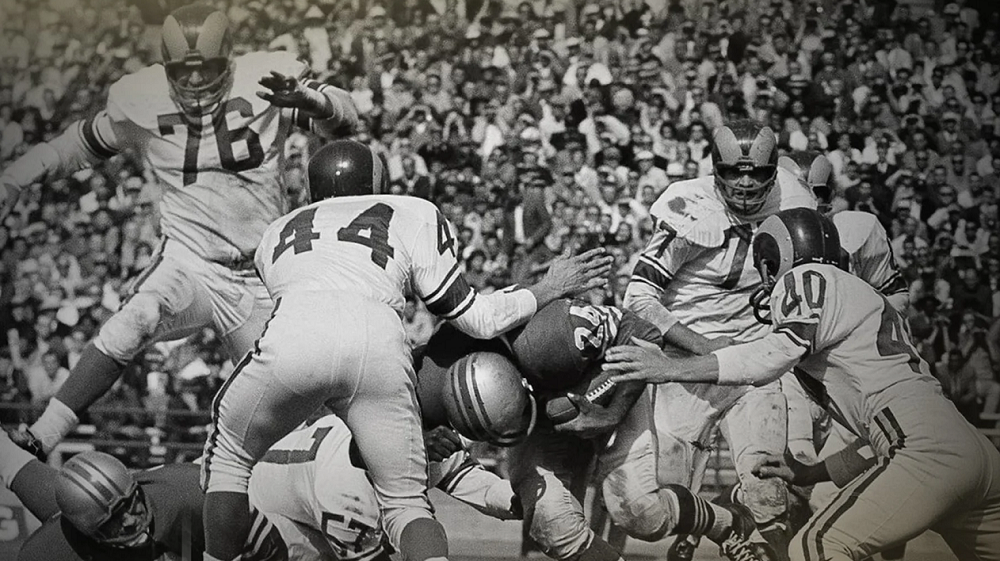 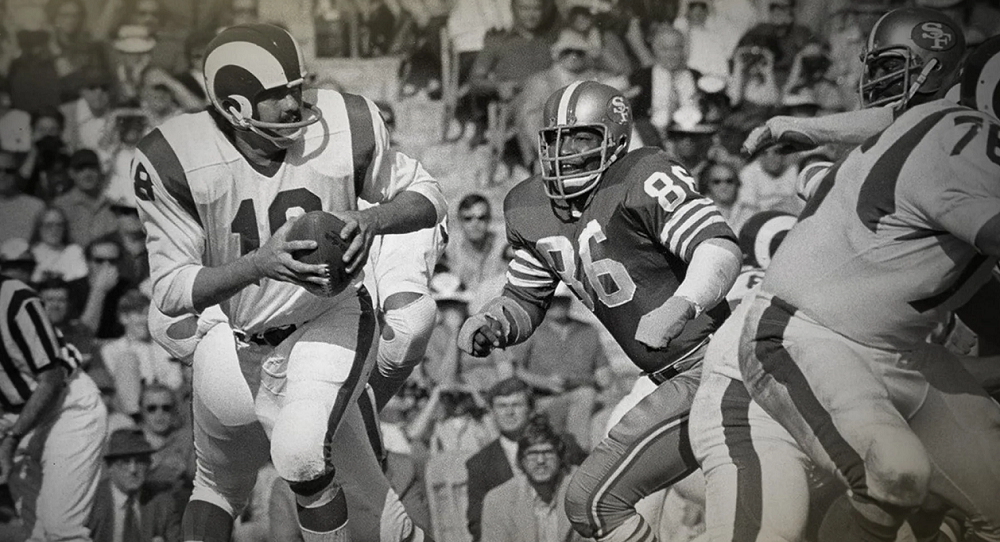 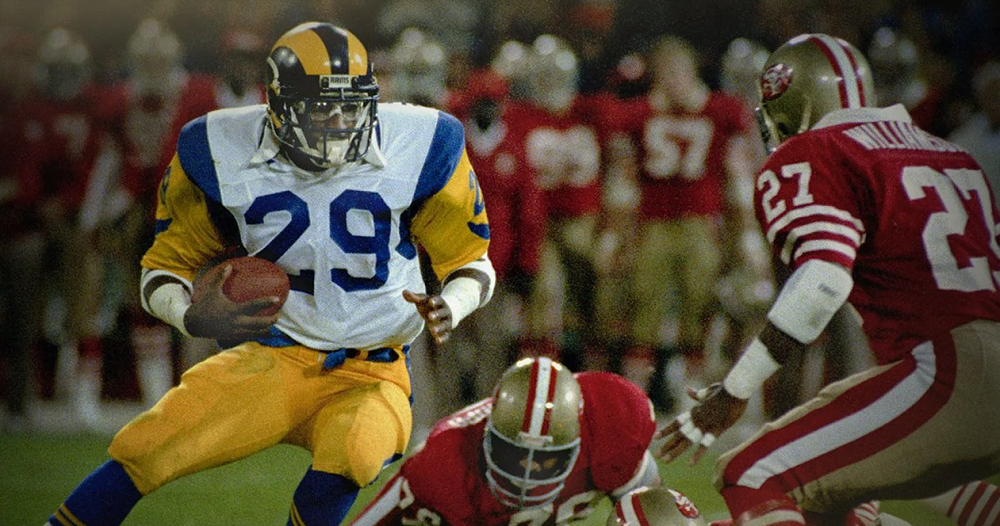 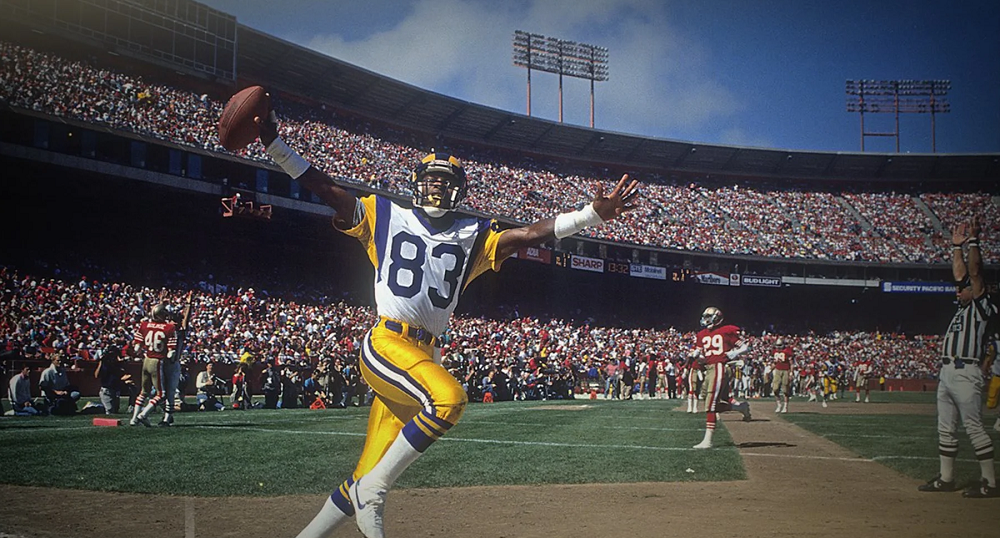 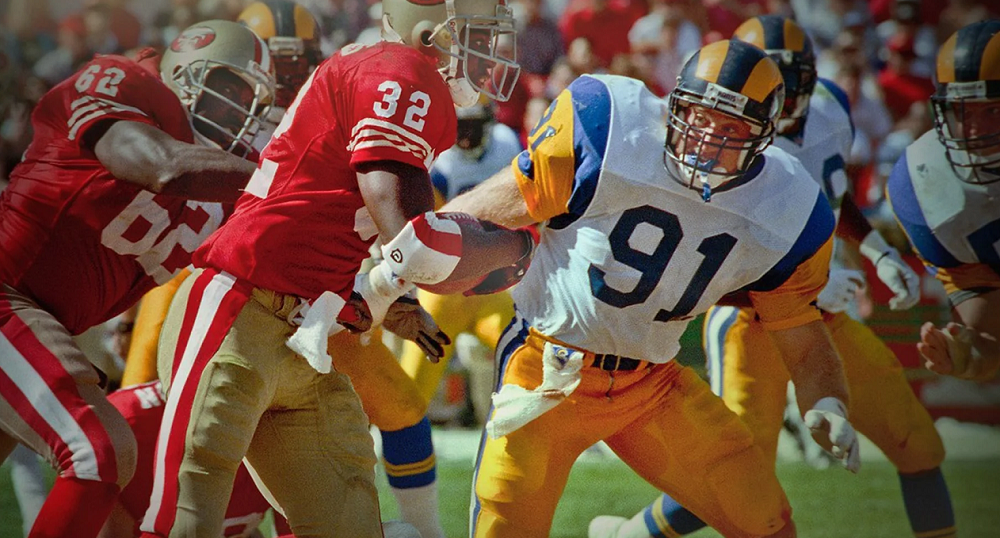 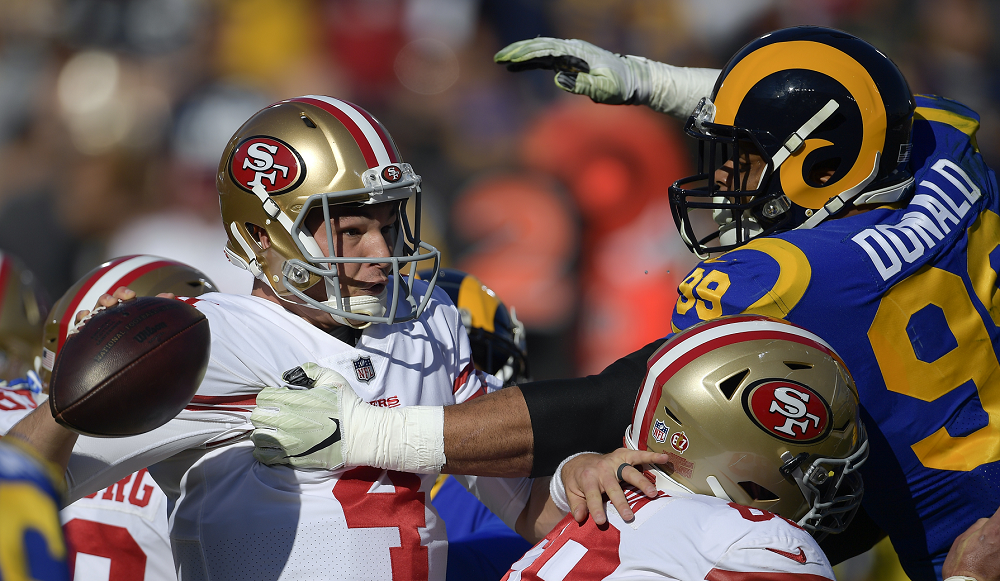 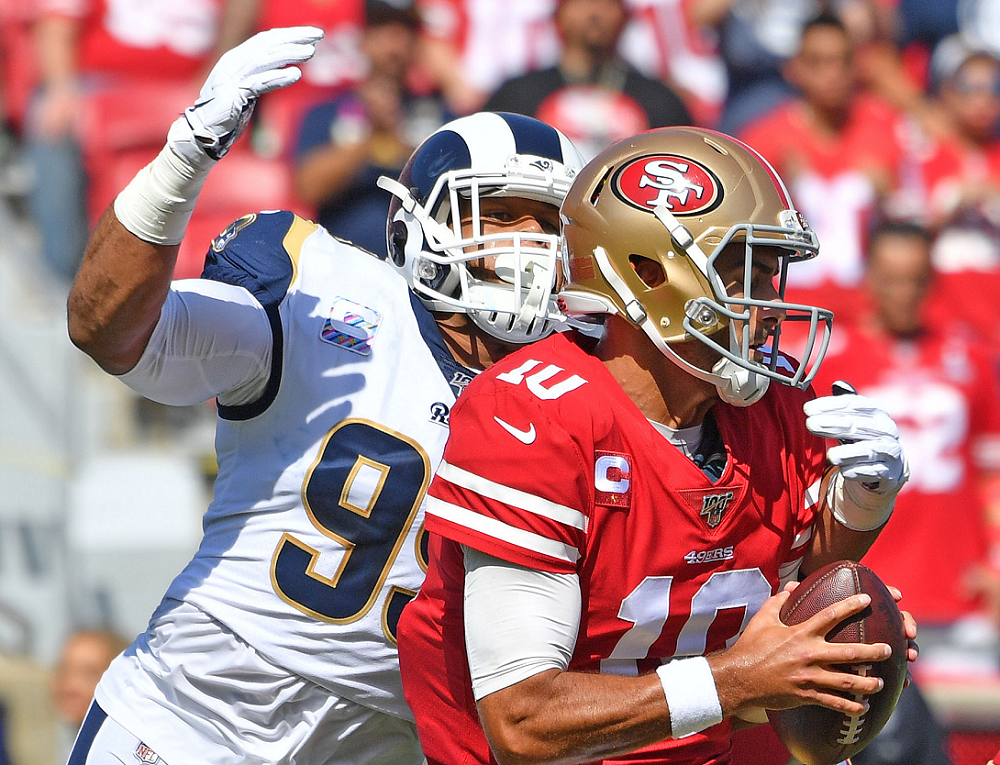 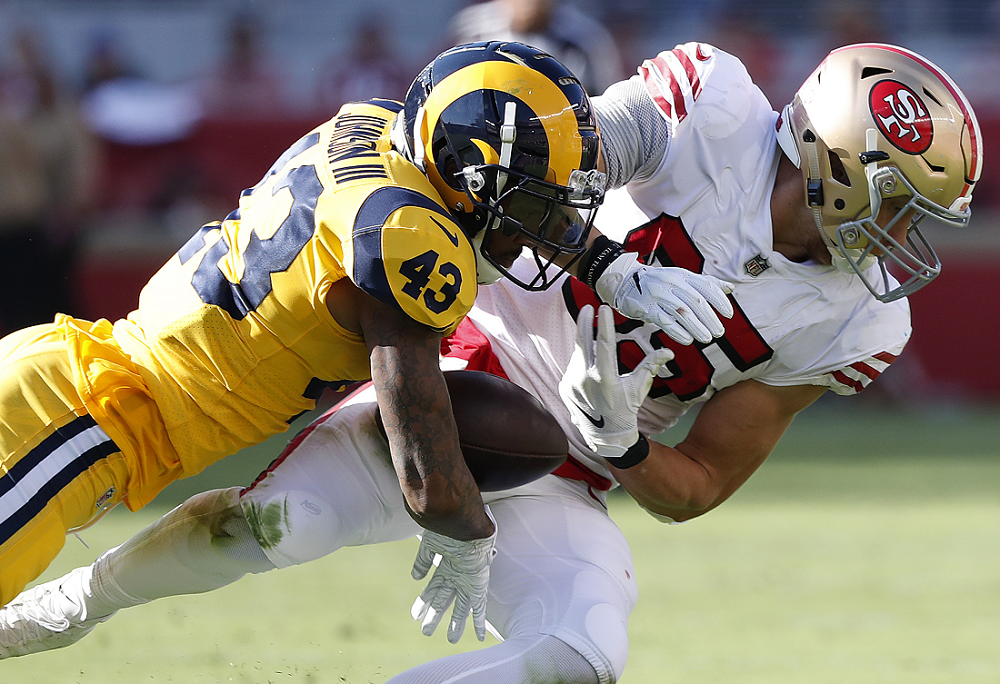 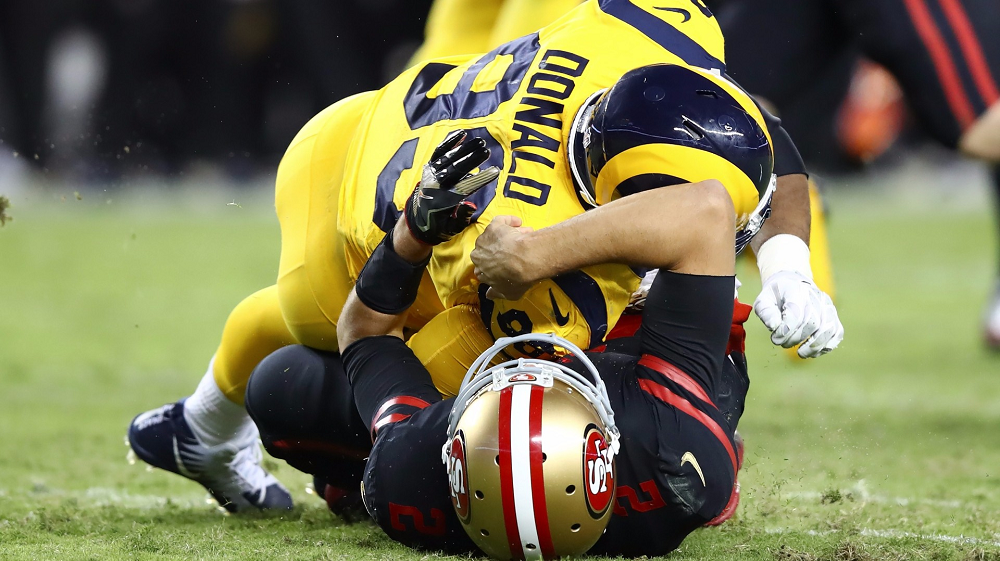 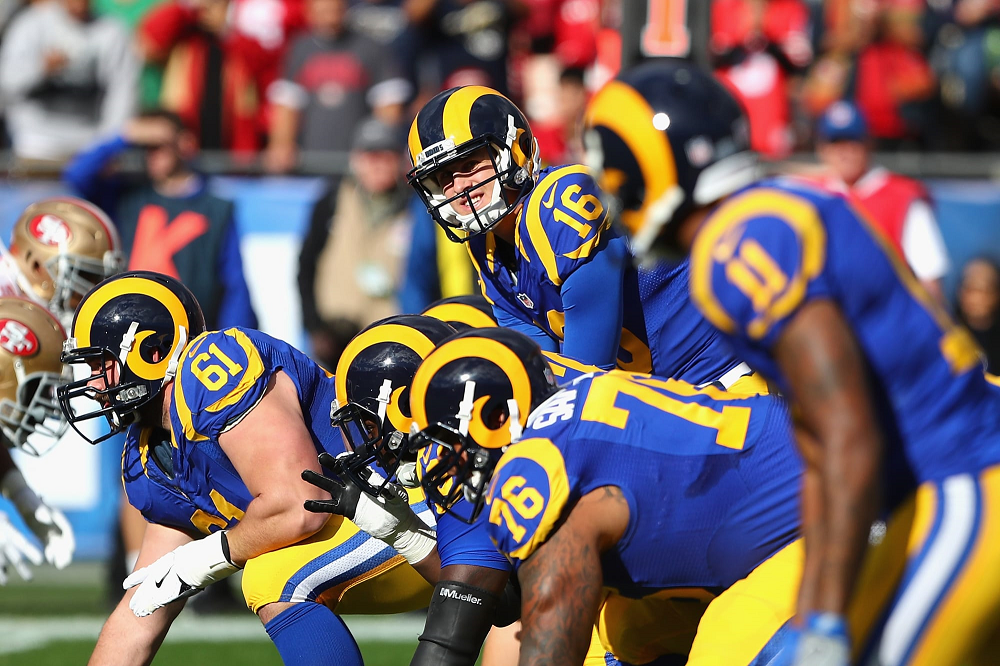 this is just wrong.

Pro Bowl
Re: Niner Week
POST #46
Elvis liked this post
I've come to understand and accept the LA logo. I'll be taking no further questions at this time.
1

THE GREATEST SHOW ON TURF WAS
2 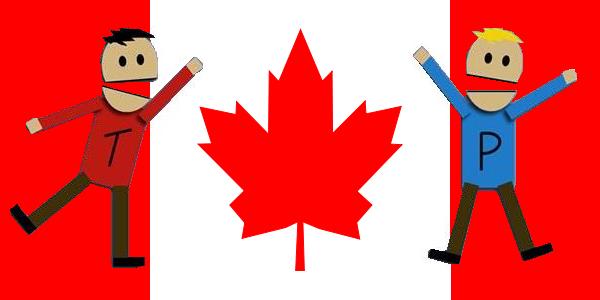 I've come to understand and accept the LA logo. I'll be taking no further questions at this time.
1

Yup brah we need the entire offense to remove head from ass and go win this game. No excuses they all healthy. Time for the offense to carry the defense this season

Lets see kyle cook up some pass pro schemes that actually work. We be keeping 7 back all night.

At this point I'm starting to believe this is just a really jinxed season.

Well boys and girls, this is it, today is the day this is the game that will see if the 9ers have a chance in the West. Lose this game and it's a wrap, I hope Shanahan has a cheat code for todays game, he's gonna need one!!!

Gonna watch
Gonna hope for a win
Not gonna drink.............much
Gonna hope Donald takes pity on our OL/QB even though I believe he hates our teams guts.
Gonna hope KS doesn't get too cute

will watch until the 3rd ram td or 4th sack whichever comes first.

the 9ers seem to play s**tty on Sunday night games.

Win or lose, lets just hope that this is the last time we have to suffer through seeing Jimmy at QB.

Lol did Jimmy G. fuk your girlfriend or something.

Worse, he cost us the Super Bowl and now two games this season already and yet we get constantly gaslit by certain posters on this forum that he's actually a great QB and that he actually played really well against the Dolphins and that he's as good as Mahomes. I'm just tired of it. This franchise won't be able to move on from the Super Bowl loss until we get rid of him.

Nothing worse than getting embarrassed in front of the entire football watching world.

Let's see what Jimmy can do when the chips are down. This is a defining moment in his career. Hopefully he does well.

The defining moment of his career was badly overthrowing a wide open Emmanuel Sanders in the Super Bowl. Everything this season is just death spasms.

I hate to say it, but I want him (JGQ) to fail miserably in a 49ers win so the entire fanbase and organization will get behind replacing him.

You want a 49ers player to fail miserably? You are dead to me.

Is Kyle trying to make Jimmy the scapegoat? a la Mike Nolan and Alex Smith toward the end?

We gotta find out if Jimmy G is our guy going forward, Kyle knows this.