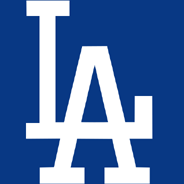 Rookie
Niners lose to Falcons
POST #1      TOPIC AUTHOR
dieterbrock, actionjack liked this post
I hate the Seahawks but I hate the Niners more. Niners just lost to the Falcons meaning the Niners and hawks are tied for first place with one more head-to-head contest. Would love to see the Niners only win a WC berth and have to go on the road in the playoffs.
2