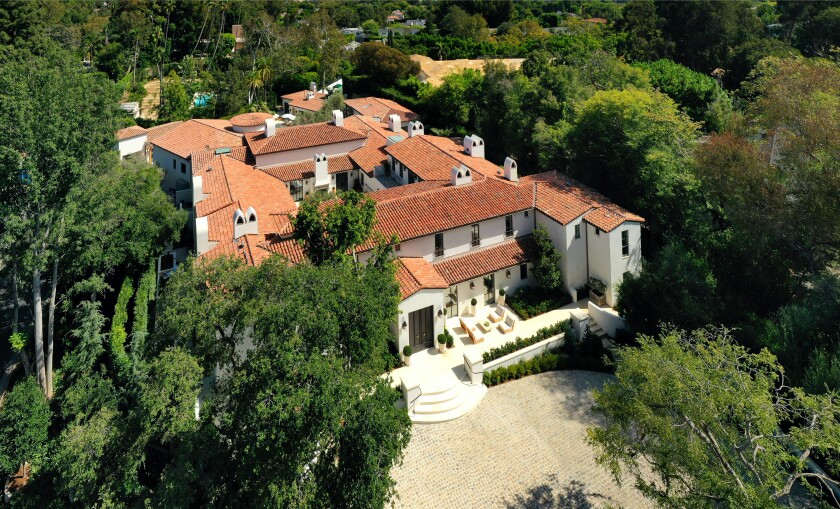 The value of Bel-Air’s Bellagio Estate has fluctuated wildly since the turn of the century. After businesswoman and former Rams owner Georgia Frontiere sold the home in 2005 for roughly $9 million, the impressive property has traded hands four times since: first in 2007 for $27.5 million, then in 2010 for $18 million, then a year later for $19.15 million and, finally, in 2015 for $38 million.

Now, the estate is aiming for its highest price yet: $75 million.

A significant renovation by JRC Group, in collaboration with architect Don Ziebell, principle of Oz Architects, is the catalyst for the new high-dollar price. Built by Paul R. Williams in 1931, the grand Spanish-style mansion boasts a fresh new look with steel windows, wood accents, high-end finishes and floors of wide-plank oak and limestone across 17,700 square feet.

A custom French oak floating staircase navigates the two-story interior, which has seven bedrooms and nine bathrooms. Two of those are master suites, both of which boast opulent bathrooms and spacious closets.

Clad in white stucco and clay tile, the entire home wraps around a courtyard with a fireplace. The 1.7-acre grounds also add two separate pools and spas, as well as an outdoor cabana, tennis court, pool house and multiple decks for entertaining. Frontiere controlled the Rams for nearly three decades and relocated the team from L.A. to her hometown of St. Louis during her ownership. A philanthropist and entertainer, she died at 80 in 2008.
RFU Season Ticket Holder

I'm sure Rosenbloom haunts that place on a regular basis.
https://www.instagram.com/p/BhXQSurAWuo/
1

I'm sure Rosenbloom haunts that place on a regular basis.

I ain't afraid of no ghost!

Moderator
Re: Georgia Frontiere’s former Bel-Air mansion seeks $75 million
POST #4
So that's why she couldn't afford to keep our blue chip players...
THE GREATEST SHOW ON TURF, WAS 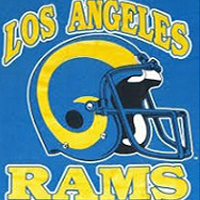 St. Loser Fan wrote:Georgia swimming out into the ocean and drowning Carol Rosenbloom sure paid off well.

Nah she hired it out.
THE GREATEST SHOW ON TURF, WAS
Reply
7 posts Feb 23 2020
TAKING L.A. RAMS FANDOM TO A NEW LEVEL